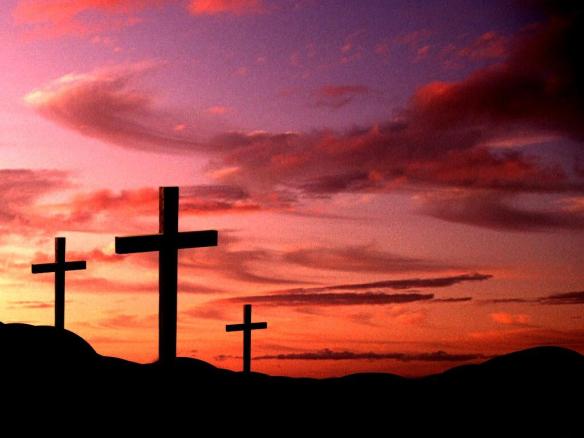 “I delivered to you as of first importance what I also received, that Christ died for our sins according to the Scriptures, that he was buried, that he was raised on the third day in accordance with the scriptures.”

In this political season I commend to you the following article by Pastor Rolf Hanson. I served as Rolf’s youth director during my last year at the seminary and learned much from him about ministry. This post is a bit longer than usual but worth the read. There is much wisdom here…and a challenge to those who use the puplit to advance political agendas.

Politics in the Pulpit: A Way to Supplant the Gospel

In the branch of Lutheranism where I was raised, instructed, and ordained, the sermon was an exposition of the Word of God that declared the forgiveness of sins. The gospel was the message of the love of God in Jesus Christ, of Jesus’ gracious and merciful act which has purchased, freed, and redeemed people from their lostness and guilt. It was a message that called forth faith. The gospel was not an appeal for a budget, a report from a church convention or church auxiliary, an environmental, political, social or educational commercial, or a travelogue by the bishop or a missionary on furlough; nor was the pulpit time to be taken over by a clown show, musical presentation, or some other form of show and tell.

My mentors were not isolated or insensitive to the ills and meanness of life on this planet. They lived in it. One set of my grandparents lost seven children in five weeks to diptheria. My grandfather found his greatest consolation in his belief that Jesus, as the Scriptures told him, had ascended to the right hand of the Father. He could never understand why the Lutherans he knew in America didn’t make much of a fuss over Ascension Day.

My father left seminary to join the Navy medical Corps in W.W.I and spent his time with the wounded and dying. In my childhood home my parents provided shelter for an uncle ruined by the depression, numerous girls who were moving out into society from a Wisconsin orphanage, and an invalid grandmother whose witness to the gospel had great inspiration for our lives. My father believed the pulpit was too important to discuss anything but what St. Paul told the Corinthians: “I delivered to you as of first importance what I also received, that Christ died for our sins according to the Scriptures, that he was buried, that he was raised on the third day in accordance with the scriptures.” My father and my professors believed the point of departure in time was the cross and not the amoeba. The call of Christianity was not first and foremost a call to good works, to do away with evil, to straighten out either Caesar or Caiaphas, not even a call to faith. The call of Christianity was a call to what St. John fingered as the Life – Jesus the Life of the people.

I have never seen, read or heard anything that convinces me that politics has any place in the pulpit. I do believe that it is the church’s assignment to make conditions in this world as good as possible and to so so by honorable means. It is also the church’s assignment not to associate those conditions with the Kingdom of God. I recall C.S.. Lewis once remarking that political sermons teach the parishioners nothing except what newspapers are taken at the rectory.

The gospel has exclusive rights to the Sunday morning pulpit. The preaching of the gospel is important because it is the power of God unto salvation. In every assembly of hearers there may be one or several who will be in a traumatic situation or be dead before the next Sunday. They need to be clearly reminded of the comfort of Christ’s resurrection.

On a recent Good Friday I went to a church home for the infirm to visit several parishioners. In the worship space of that place a congregation had gathered. The preacher was reminding them of the evils of illiteracy in the inner city; but the gospel declares the liberation from the enslavement to sin and death. That gospel of liberation is good news to those who know they are dying and great comfort to those who suddenly realize it. It is also courage to those who survive.

The preaching of the gospel is in total contrast to political opinions concerning justice. It declares, as Lutherans are supposed to know and as all should hear, the marvelous doctrine of grace. We receive forgiveness and righteousness before God by grace for Christ’s sake, through faith. That’s the theme in glory. The preaching of the gospel brings an eschatological emphasis which is not the same as what the politicians have in mind. It is like the assurance that my grandfather had – the final victory is Christ’s. Angels called this “Good News of Great Joy,” and it went far beyond a fair price for mutton.

The concern of the pulpit is not between a preacher and government, or a listener and antagonists; first and foremost it is about Christ and the sinner. The pulpit is too important for anything else.