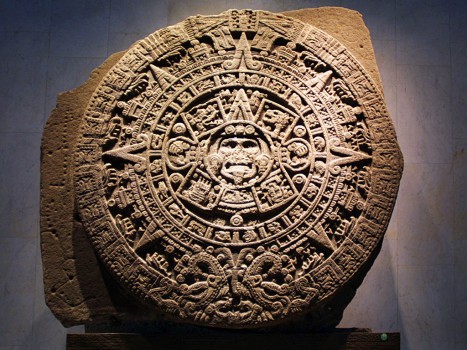 “I looked, and behold, a white horse, and he who sat on it had a bow; and a crown was given to him, and he went out conquering and to conquer.”

The Mayan calendar is in the news these days. According to some it predicts the world will end on the 21st of December, 2012. Last year, a university team who has discovered the oldest version of the Mayan calendar to date, announced that the calendar does not predict the end of the world. The whole thing, they say, is a misreading of the calendar fueled by pop-culture hysteria.

Misreading history is as old as history itself. Whether the Mayans actually had the end in mind when their calendar was produced or not, many peoples over the centuries have read the signs of the times and concluded that catastrophe was right around the corner. So far, at least, those readings were misreadings, at least in some ultimate sense.

How well are the signs of the times being read and understood today? How do we know, for example, if the currently popular lens of secularism, with its’ Godless, Spiritless universe, is not in actuality providing a fundamental misreading of life and history?

The Christian faith does not have a calendar which uniquely plots historical progress. What we do have is the New Testament Book of Revelation, which some have used as a lens through which events and time are viewed, usually with embarrassing, even tragic consequences for those who tried to pin down dates, events and times. Those who have taken it upon themselves to predict the future have largely misread the book and its’ meaning.

When we put the question, ‘What does it reveal?’ to the Book of Revelation, what kind of answer should we expect? Is it a collection of hidden clues, like some ancient ‘Da Vinci Code’, just waiting for the right sleuth to unlock it’s mysteries? If so, then the countless number of misreadings that have resulted would seem to indicate that we have yet to find just the right key to unlock its’ meaning. There will always be room for one more charlatan to sell a new version of the end.

I want to suggest that the reading of history we receive in this book is clear, straightforward and promising. The very first words in the book tell us what to expect; the book is a revelation of Jesus Christ. The book goes on in the first chapter to amplify various ways in which we may know Him, experience Him and trust Him. Events associated with Christ are also mentioned but they are not the subject. Christ Jesus is the subject. If we may draw a reading of history from this book it would be this; history is Christ-centered.

Secularists offer up a bleak future in a heartless, ultimately meaningless cosmos. Those who read the Mayan calendar leave us to anticipate nothing but catastrophe. How’s that for a future worth waiting for; meaningless catastrophe.

The Book of Revelation is frank and realistic about the struggles faith encounters in this life. It tells us that as history moves toward it’s climax we may expect to see a hardening of the lines of battle, where the godless will say no with firmness, bitterness and ugliness.

We know that it is Christ’s suffering love, displayed in crucified weakness, that in the end saves us. At the same time the Book of Revelation assures the Church that the power of  the resurrected Christ is equal to anything Satan can send against Him. We can see this in the most commonly recurring verb in the entire book, the verb ‘nike’ , to conquer, which in every case refers to Jesus Christ, the conqueror, the One who will deliver His people from the powers of catastrophe and meaninglessness.