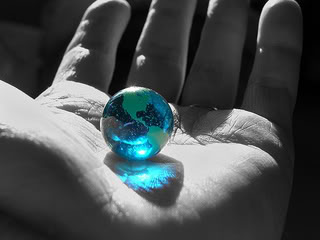 “Of the increase of his government and peace there will be no end. He will reign on David’s throne and over his kingdom, establishing and upholding it with justice and righteousness from that time on and forever. The zeal of the LORD Almighty will accomplish this.”

Once in a while we ought to have the good sense, honesty and courage to ask ourselves what German Pastor Helmut Thielecke dared to ask his congregation during the last days of World War II. Pastor Thielecke, who had been through the worst with his congregation in Stuttgart, preached a famous sermon in which he pointed out that while many were questioning their belief in God because of the war, they might be better served to question their belief in human progress. If he was speaking cultural heresy then, today, in many churches, he would be summarily shown the door.

These days we tend to look to technology and science – which is another way of saying we look to ourselves – as evidence of human progress. We are awash in a sea of lower and higher forms of gadgetry. But do more gadgets automatically translate into progress? Ask the Plains Indians about the day when the first Gatling gun arrived in their neighborhood; ask the residents of Hiroshima and Nagasaki about the wonders of atomic fusion; ask the surviving members of the family whose home was blown to bits when a ‘smart bomb’ flew in their kitchen window, while half a world away other families sat watching it all on television, munching potato chips. You get the point.

Doubtless some are already mounting their defense as they read this. Don’t bother. I’m as aware as the next guy of all the good technology has and does produce. But the maturing of technology simply reflects the fact that humanity has come of age, sort of like a teenager moving into adulthood. Are we fundamentally different human beings just because we have gone from torches to light switches, from bows and arrows to nuclear attack submarines?

The biblical witness points to the God who, thankfully, takes the future out of our hands. From beginning to end the biblical story unfolds the picture of a God who holds the uncertain pathway of what we call history in His hands. The witness of our faith is to the God who in Jesus buried Himself deep in the womb and deep in death on the Cross, where he has taken the extremities of our existence under His control. The great biblical narrative concludes with the resounding promise of God’s victory over all the powers of limitation, destruction and evil.

This means I am under no obligation to look to myself, to you or anyone else for evidence of a hopeful tomorrow. In fact, I am free from such a burden. For me, this is among the greatest consolations of the faith.